President Washington and His Troublesome Teeth 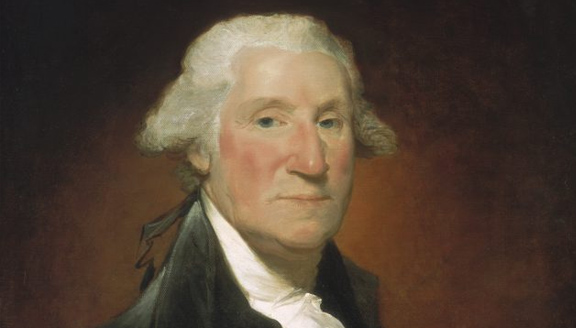 When you think about past presidents of the United States, images of well-poised, well-spoken politicians come to mind. You think of an intellectual with equal parts wit and wisdom and a personality as charming as his smile.

While this may be the case for today’s presidents, who need to have a certain look for their televised speeches, the POTUS of time gone by weren’t so easy on the eye.

Once peace negotiations started, Washington resigned as Commander in Chief and returned home to cultivate his lands. In 1789, he became the first and only president to be elected unanimously – in both his terms.

Washington established many forms in government that still persist today and helped build a strong relationship with Britain. During his presidency, he even established the United States Navy.

Washington lived a life with many accomplishments – and just as many cumbersome health conditions.

The first president of the United States of America was plagued by diseases at an early age which persisted until his last years of life. Aside from recurring attacks of malaria, Washington suffered from smallpox at 19, a condition that ultimately left his skin scarred for life. Washington also dealt with lifelong complications of tuberculosis, dysentery, and some sort of gum disease. The latter of which has spurred stories of wooden dentures and the purchase of human teeth.

Washington is described as having been a large and powerful man with considerable strength, measuring 6 feet 2 inches in height and nearly 200 pounds in weight. He was said to be wide set and muscular, with broad shoulders, wide hips, and large hands and feet.

An iron constitution and a reserved demeanor are trademark characteristics for Washington. He often preferred to express himself in writing rather than verbally.

Some historians relate this to his dental complications, which began as early as age 24. Many historians have remarked that the president’s constant dental struggles diminished his desire to speak publicly. The use of dentures likely made speaking more of a challenge.

During his first inaugural address, it is said that he spoke in so quietly that few could hear him. Most people believed he had to speak softly to keep his dentures in place, because by the time he had become president, Washington only had one real tooth remaining.

George Washington’s dental health was so troublesome that he suffered headaches from constant toothaches and spent a considerable amount of money on dental products.

The president kept detailed records of all his expenses after the French War. These revealed that one of his biggest expenses was on dental mirrors, scrapers, and even fake teeth. He kept many of his pulled teeth for later use in dentures and even bought human teeth from African Americans. It is not known whether he used these teeth in his dentures, but the purchasing of human teeth was a common practice in the 18th century.

Dentistry in the 1700s was a basic practice if anything. There are three notable dentists in the life of George Washington. At some point during the Revolutionary War, Washington met French dentist Dr. Jean-Pierre Le Mayeur. The French had made further advancements in dentistry at that time and this particular dentist was known to provide services to high ranking British officers.

Le Mayer eventually fled to America, where he frequently visited the Washington family in Mount Vernon to attend to his client.

After assuming the presidency, Washington contracted the services of John Greenwood, a New York dentist. He would go on to fashion sets of dentures for Washington with detailed instructions on use and care.

It was Greenwood who finally removed Washington’s last tooth and had it encased in an oval gold locket with glass on both sides. The trinket bears the inscription: “In New York 1790, Jn Greenwood made Pres Geo Washington a whole sett of teeth. The enclosed tooth is the last one which grew in his head.”

We’ve probably all heard the story of Washington’s wooden dentures, but it isn’t exactly the truth. While Washington’s dentures were likely made of some combination of ivory, bone, and elephant, cow, or human teeth, wood was not used.

The dentures were set in a lead base with plates that were connected by metal springs. It is very likely that the president’s dentures made clacking sounds when he talked and that they were very painful and uncomfortable to wear.

It’s hard to say exactly when the myth behind George Washington’s wooden dentures started, but a story published in the Journal of the American Revolution provides a likely explanation.

How does that relate to wood?

Well, as mentioned before, Washington’s dentures were often made of both ivory and bone. Both of these materials have fine hairline fractures which, to the naked eye, can hardly be seen. Those thin fractures started to darken more than the surrounding area leaving a look similar to wood grain. Those who had the privilege of being in close proximity to the president likely assumed the dentures were wooden.

It’s a president’s duty to demonstrate incredible strength and determination in the public eye and never pain or weakness. On this President’s Day, let’s show thanks to America’s founding fathers who sacrificed more than their health for the future of our country.

Let’s also be thankful for advancements in the field of dentistry!

For a healthy, happy smile that’ll last a lifetime, never skip a routine dental checkup. Little Heroes Pediatric Dentistry has your little one covered. Don’t wait until your child has a toothache to get his or her teeth checked. We have locations across the Rio Grande Valley, so we’re never too far from home. Request an appointment with us today.