National Tooth Fairy Day is August 22nd: Learn All About the Holiday 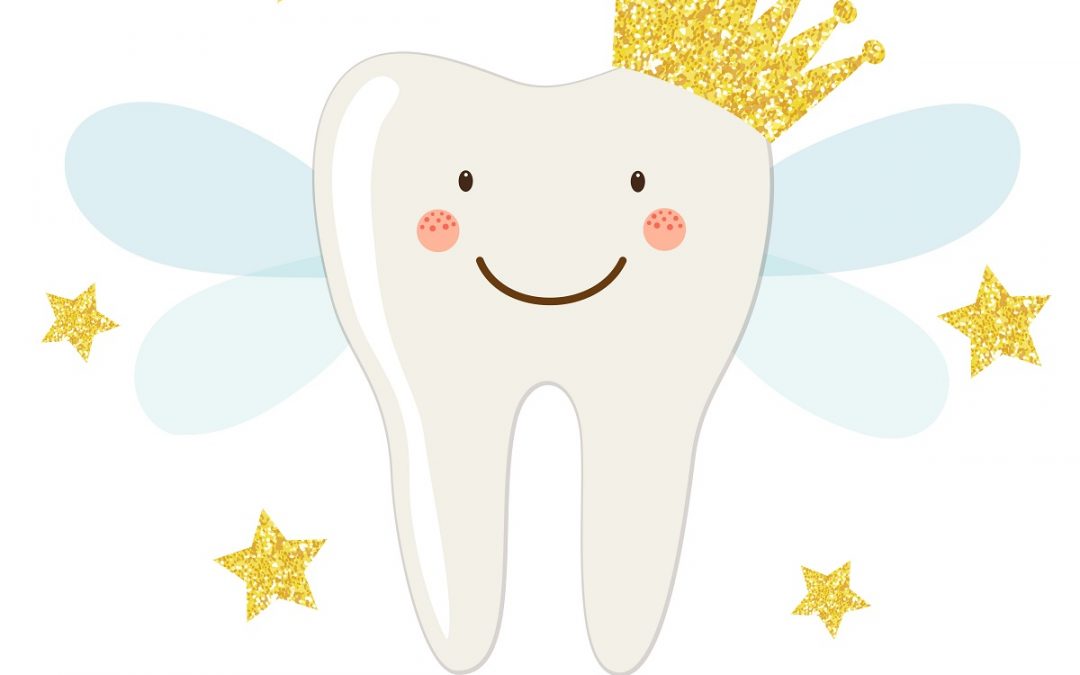 Parents are aware that no matter how often they take their children to visit the McAllen dentists at Heroes Dental, their little ones will still end up losing their baby teeth.

While this process can be a bit scary for your little one, one tradition that has made this stage of life easier is the Tooth Fairy.

The idea of getting money for lost teeth is exciting for little heroes, and they often look forward to having a couple of their pearly whites fall out so they can receive their reward.

Read on to learn all about the holiday dedicated to this childhood icon.

What Is National Tooth Fairy Day?

National Tooth Fairy Day is a celebration of the childhood tradition of the Tooth Fairy, celebrated twice a year on August 22nd and February 28th.

Because losing teeth is a part of growing up, the belief in the Tooth Fairy gives children the chance to celebrate these steps towards maturing. National Tooth Fairy Day can be a great day to introduce younger children to the fact that they will be losing their baby teeth.

If they haven’t yet experienced losing a tooth, your little hero might be a bit afraid. By explaining to them what will happen, who the Tooth Fairy is, and how they’ll receive an award, it’ll make the experience much easier to deal with.

You can celebrate this fantastic holiday in a few ways.

If your child has already lost a tooth, you can save it for a Tooth Fairy visit on August 22nd. Special items like a pouch or box to hold the tooth appeal to many kids.

You can also give a bit extra on the day as part of the celebration. You can also read stories to your child about the tooth fairy.

History of the Tooth Fairy

While the modern holiday has unclear origins, the story of the Tooth Fairy has a long history. Fairy myths are common in Northern and Western Europe, with many cultures adopting the creatures through stories and plays.

Interestingly, the tradition of exchanging money for teeth traces back to Norse cultures. Most people are familiar with the Norse cultures via the Vikings. Teeth were considered to be lucky to these people, and when young children lost their first tooth, the parents would provide the child with a token of currency.

The earliest appearance of the Tooth Fairy in its modern incarnation was in 1908. At the time, many children didn’t want their loose teeth pulled and so an article in the Chicago Tribune by Lillian Brown suggested giving children a small amount of money in exchange for lost teeth.

From there, the Tooth Fairy would star in a children’s play written by Esther Watkins Arnold in 1927. The play was a success and was performed across the globe, helping to spread the tradition.

Now, children in Australia, the United States, the United Kingdom, and Canada all enjoy visits from the tooth fairy. But the Tooth Fairy isn’t the only myth of its kind. In many Spanish-speaking countries, Ratoncito Pérez has taken on the same role.

Your Dentist in McAllen, TX, Is Here To Help

The best way to get the tooth fairy to visit is to keep your child’s baby teeth healthy.

Your dentists in McAllen at Heroes Dental are here to help the Tooth Fairy. We’ll do our part to make sure your child’s teeth stay healthy until their permanent ones are ready to come in.

Our McAllen office is conveniently located near Expressway 83.